Carrie Dann writes: A measure that would have offered provisional legal status to some adults who came to America illegally as children failed to advance in a Senate vote Saturday.

Democratic backers of the legislation fell short of the 60 votes to move the DREAM Act legislation forward. Democratic Sens. Mark Pryor of Arkansas, Jon Tester of Montana, Max Baucus of Montana, Kay Hagan of North Carolina, and Ben Nelson of Nebraska voted against bringing the bill to the floor; Republican Sens. Richard Lugar, Lisa Murkowski, and Robert Bennett voted for it.

Pirates on the border …

ZAPATA, Texas — An American tourist was shot in the back of the head in Mexican waters on Thursday after being ambushed by armed boaters, a Texas sheriff said. It happened on a lake where run-ins with pirates had already put fishermen and Texas officials on alert.

Laredo, TX has become a war zone yet the Obama administration seems more interested in protecting illegal aliens than Americans. 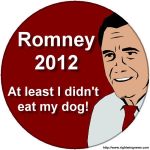